Liberty Enlightening the World (French: La liberté éclairant le monde), commonly known as the Statue of Liberty (French: Statue de la Liberté), was presented to the United States by the people of France in 1886. Standing on Liberty Island in New York Harbor, it welcomes visitors, immigrants, and returning Americans traveling by ship.[5] The copper-clad statue, dedicated on October 28, 1886, commemorates the centennial of the signing of the United States Declaration of Independence and is a gesture of friendship from France to the United States. 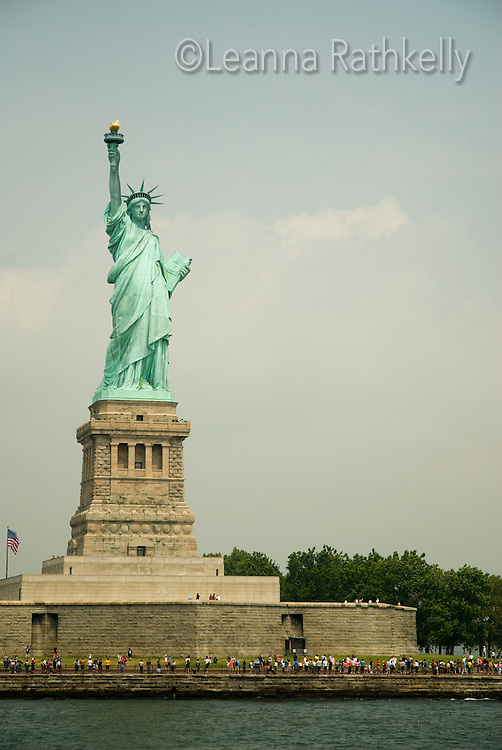